For instance, switching between two screens in an app is meant to feel like sliding one sheet of paper over another.

But while Android is designed for smartphones, tablets, and TVs there’s nothing stopping developers from borrowing Material Design concepts for use in different arenas… and some folks are working on bringing Material Design to desktop Linux operating systems. 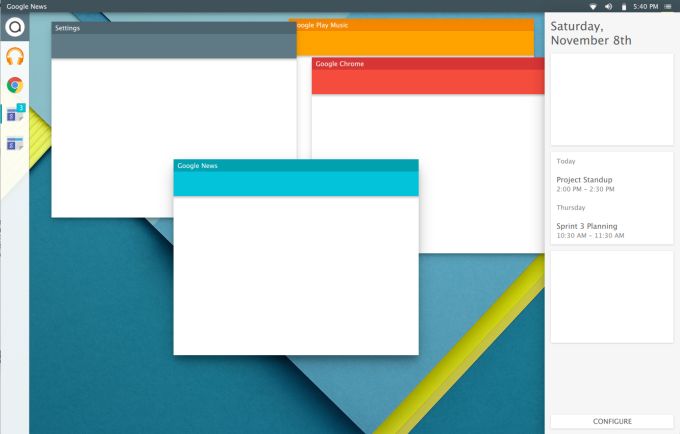 Update: Quartz has been renamed Quantum.

Evolve’s approach will bring Material elements to the GTK user interface toolkit, while Quantum OS will use Qt. But Spencer has also been in touch with the Evolve OS team and they’re working to ensure that apps would run in a similar fashion across either operating system.

Spencer also says the UI toolkit his team is developing will be cross-platform, and capable of running on Windows, OS X, and other Linux distributions.

Note that most of the graphics the teams have shown so far are just rough mockups or early design prototypes. But it’s interesting to see at least two teams working to bring  ideas from Google’s new user interface for Android to desktop operating systems.