The march of tiny retro game consoles continues. This time Sega is borrowing an idea from SNK and introducing a miniature arcade cabinet rather than a miniature console.

The Sega Astro City Mini will launch in Japan later this year for about $120. There’s no word on if or when it will be available in other markets, but Sega does have a history of releasing micro consoles outside of its home country. 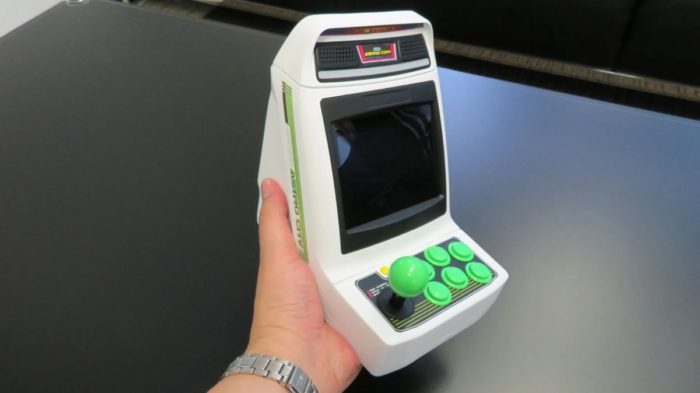 While the full list of games for the Astro City Mini hasn’t been confirmed yet, Japanese website Game Watch reports we can expect at least the following titles:

While photos show that the mini arcade cabinet is small enough to hold in one hand, it’s too bulky to comfortably use as a portable gaming system like a Game Boy or Nintendo Switch. It makes more sense for around-the-house use, and while the system has a built in screen and controls, you can also connect external controllers and displays.

On the back of the Astro City Mini you’ll find an HDMI output, two USB ports (for controllers), and a headphone jack as well as a micro USB port for power.