Over the past few years we’ve seen game console companies cashing in on nostalgia by releasing “mini” versions of classic game consoles that come with a set of games pre-installed.

The company will release a set of four tiny handheld game systems, each of which comes with has four games pre-installed. 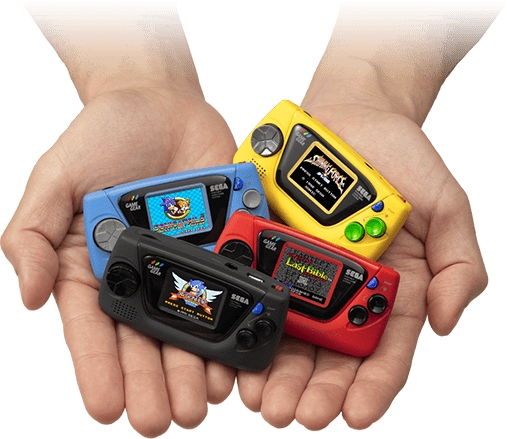 Customers in Japan can pre-order the Game Gear Micro consoles for about $45 each, and they’re expected to ship in October. There’s no word on international pricing or availability, but I’d be surprised if Sega didn’t offer at least some version of the little game systems in the US and Europe at some point.

The weird thing about these micro consoles is that it’s not like the original Game Gear was particularly large. In fact, with a 1.15 inch display, the Game Gear Micro might be a bit too small for comfortable gameplay, which could help explain why Sega is offering an optional clip-on magnifier that sort gives you a larger screen.

Customers in Japan who pay about $200 for a pack that includes all four Game Gear Micro systems (for a total of 16 games) will get the magnifier add-on for free. 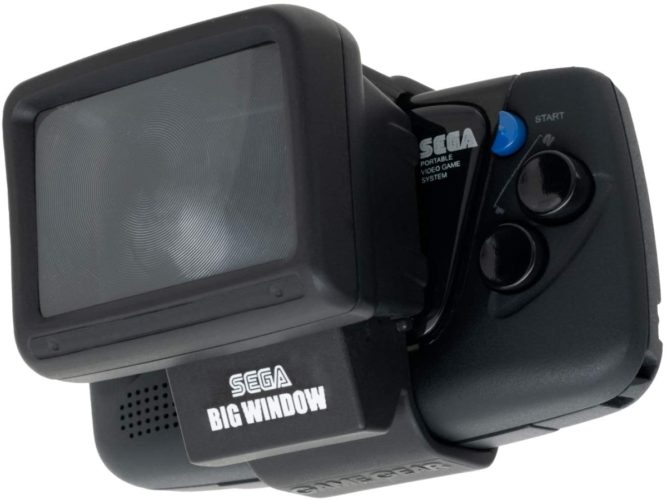 Here’s a run-down of the games that you get with each Game Gear Micro version:

And here’s a comparison showing the differences between the new Game Gear Micro consoles and the original Game Gear handheld console:

The Game Gear Micro also supports USB charging and has a mono speaker and a headphone jack.

Unlike the original Game Gear, the new Micro consoles are not designed to work with cartridges, which means you’re stuck with the four games that come with each device. If you want more than four games, you’ve got to buy another console.

On the one hand, $50 isn’t an awful price for four games. On the other hand, it seems like a wasteful use of hardware and we’re talking about games that are close to 30-years old. I’ll be curious to see whether hackers find a way to sideload additional titles onto the Game Gear Micro as they’ve done with other retro-consoles including the Sony PlayStation Classic and NES Classic.