The parade of mini retro consoles continues. Since Nintendo launched the NES Classic in 2017, we’ve seen an SNES Classic, PlayStation Classic, Neo Geo Mini, and modern efforts to capitalize on the Atari and Intellivision names.

So it was really just a matter of time before Sega got in on the action and unveiled a Sega Genesis Mini.

The company says it will be available in the US and Japan starting September 19th.

Update: It’s up for pre-order from Walmart for $80 for a version with two game controllers. A single-controller version is also expected to be available this fall for $60. 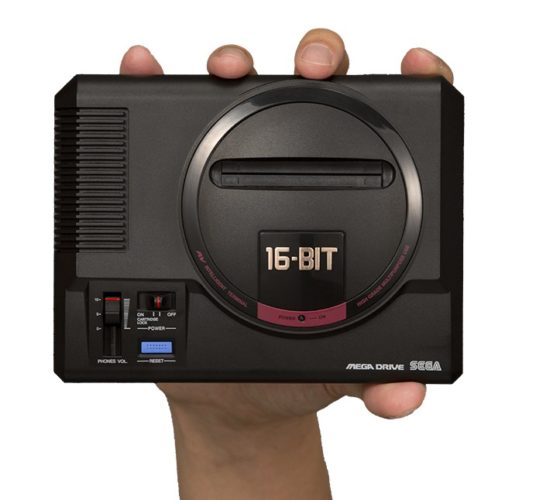 The Sega Genesis, which was known as the Sega Mega Drive outside of the US, was originally released in Japan in the late 80s and became a popular home game system in the 90s. The new mini version is designed to look like the original… but it’s just over half the size of the original, measuring just 6″ x 4.6″ x 1.5″.

Sega has also added HDMI output so you can use the Genesis Mini/Mega Drive Mini with modern TVs. The system supports 720p and 480p output.

The retro console has a micro USB power adapter and comes with a single game controller, but you can also purchase a second controller for multi-player games.