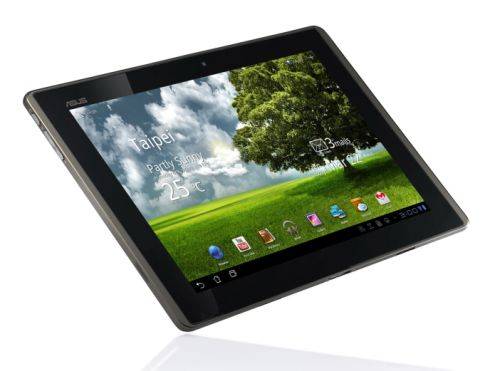 The Asus Eee Pad Transformer is one of the top selling 10 inch Android tablets — although that might not actually be saying much, since overall Android tablet sales still pale in comparison with Apple iPad sales. But when the tablet first launched Asus had problems keeping up with demand and had to ramp up production.

Now it looks like Asus may be preparing to launch a next-generation Eee Pad Transformer. Asus chairman Jonney Shih has confirmed that a new model is under development and according to industry sources, a new model could ship in October.

One of the current tablet’s selling points is its relatively low price. The Transformer sells for $400 and up, which makes it about $100 cheaper than competing devices from Samsung and Motorola, while offering similar features including a 10 inch, 1280 x 800 pixel display and dual core NVIDIA Tegra 2 processor.

The other selling point is an optional keyboard docking station that allows you to use the Android tablet like a notebook with a full QWERTY keyboard and a touchpad. The dock also has its own battery, nearly doubling the tablet’s battery life.

There’s not much information about the new model, so it’s not clear if it will have a next-generation NVIDIA processor or the next version of Google Android, code-named Ice Cream Sandwich, although we’ve heard rumors about both of those possibilities.

It’s also not clear whether Asus will be able to hang onto the price advantage. Affordable tablets from Toshiba, Acer, and other top tier computer makers have been hitting the streets recently. And Archos plans to launch a line of new Android tablets with 1.5 GHz processors and Google Android 3.1 software for as little as $279.