Samsung’s new Gear 2 and Gear 2 Neo smartwatches are powered by the Tizen operating system, and Samsung plans to launch an SDK that will let third party developers write apps for those watches.

So you might think Samsung would take the same approach with the Gear Fit, it’s new wearable activity tracker. But you’d be wrong.

Update: It turns out Samsung is releasing an SDK for the Gear Fit — but it’s designed to help developers write Android apps that can work with the activity tracker. It won’t let developers create apps that run on the device itself. 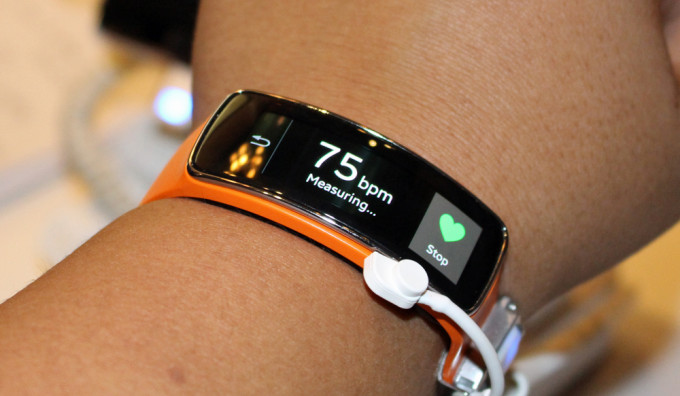 The Gear Fit runs a simpler operating system designed for low-power devices, and there won’t be an SDK or support for third party apps.

CNET reports Samsung chose to treat the Gear Fit differently than its smartwatches in order to offer a device with longer battery life. The Gear Fit should last for 3-4 days on a charge, while the Gear 2 smartwatch tops out at about 2 days.

Samsung’s new smartwatches do have some activity tracking features, so if you want a device that can track steps, sleep patterns, and heart rate, and which can run third-party apps, you can pick up a Gear 2 or Gear 2 Neo. But if you want  a smaller, lighter, purpose-driven device with longer battery life, there’s the Gear Fit.

While there won’t be support for third party apps, the Gear Fit is more than just a fitness tracker. You can use it to view notifications from your phone, for instance. But it won’t let you make calls or take photos.

For the right price, the Gear Fit could still be a very attractive device. There’s no SDK for third party apps for activity trackers from Fitbit, Withings, Jawbone, or Nike, but those devices all have their fans. The only reason the lack of a Gear Fit SDK is kind of surprising is because the device seems so much like Samsung’s latest smartwatches.