Google’s next Chromebook is expected to have a brand new design, a 13.3 inch, 16:9 touchscreen display (FHD or 4K), and support for up to an Intel Core i7 processor, 16GB of RAM, and 256GB of storage.

We learned all of that via leaks last month, even though Google isn’t expected to officially announce the new laptop until October 15th (at the same event where the company will officially launch the Pixel 4 smartphone lineup).

But now we also have our first look at the Pixelbook Go, thanks to 9to5Google, which has published a hands-on video with a leaked prototype. 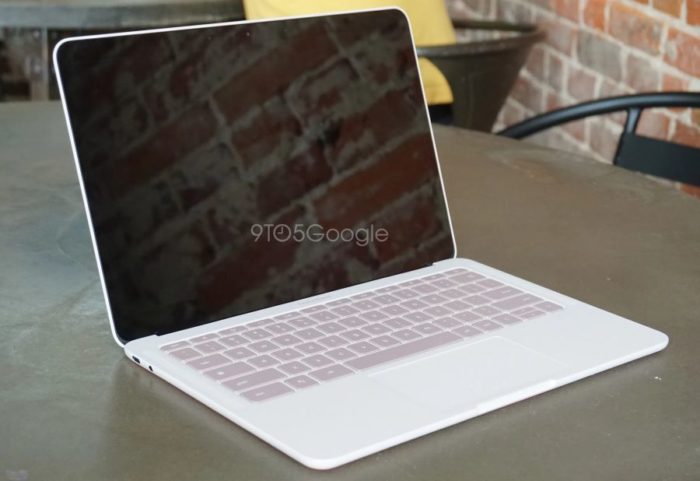 In a nutshell, the new Pixelbook Go is very much a laptop rather than a convertible tablet. It doesn’t have a 360-degree hinge or detachable tablet section. And it doesn’t support a Pixelbook Pen.

That could mean that the starting prices for this model will be lower, but since I haven’t seen any pricing details yet, I’m not going to go out on a limb there.

Google is expected to offer models with:

Each model will have upward-facing stereo speakers, a 3.5mm headphone jack, dual far-field microphones for Google Assistant, two USB-C ports, and a 2MP webcam. They will not have fingerprint sensors.

Oh, and the bottom of the laptop has a weird ridged design that 9to5Google says gives it a “tactile feel” and “looks nice,” although I think that’s going to be subject to debate.

You can find more photos and additional details at 9to5Google.