Google is holding an event on Wednesday, where the company is expected to launch a whole bunch of new products including two new Pixel phones, a Pixelbook laptop/tablet, and new Google Home products.

But nothing’s gotten more pre-launch buzz (and by buzz, I mean leaks) than the upcoming Google Pixel 2 and Pixel 2 XL smartphones. And now we have a pretty good idea of what the larger phone will look like.

Evan Blass posted two pictures oft he Pixel 2 XL on Twitter today. One shows the front of the phone, and a second shows the phone from an angle, with a protective case covering the back and sides.

According to previous leaks, the 5 inch Pixel 2 is expected to look a lot like last year’s Pixel phones, but the Pixel 2 Xl has an updated design with a nearly 6 inch display featuring rounded corners and slimmer top and bottom bezels and an 18:9 (2:1) aspect ratio display.

The side bezels are rather large compared to those on other “full” screen phones like the LG V30 and Samsung Galaxy S8. But the new phone seems to have a higher screen-to-body ratio than any other Pixel or Nexus phone to date.

Update: Here’s another look at the phone from a different angle, thanks to Walmart: 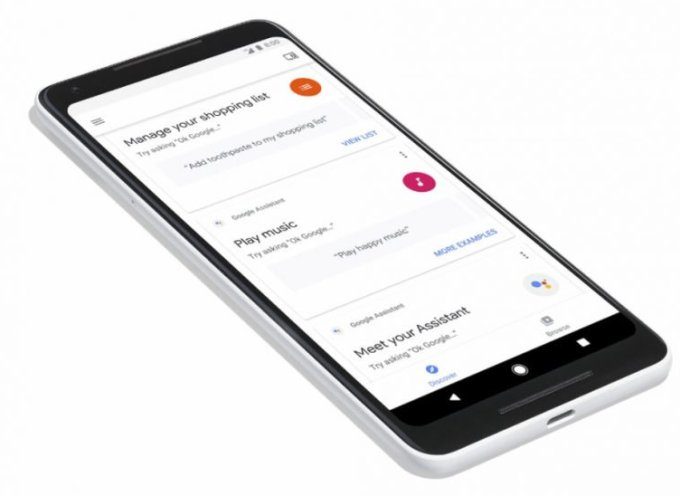 Oh, and as for the top and bottom bezels? There’s no fancy Face ID-style camera hidden in them, but it does look like the Pixel 2 XL has stereo front-facing speakers, with one above the screen and another below it.

It looks like the home screen is also getting a makeover, with the search bar moved to the bottom of the screen, where it’s presumably easier to reach while holding the tall-screened phone in one hand.

Under the hood, both the Pixel 2 and Pixel 2 XL are expected to feature Qualcomm Snapdragon 835 processors, USB Type-C ports, 4GB of RAM, 64GB of storage, and pressure-sensitive sides that let you perform certain actions by squeezing the phone.

Rumor has it that there’s no headset jack on the phones, and the 5 inch model will likely have a lower-resolution display than the 6 inch Pixel 2 XL.

Google will be live-streaming its hardware launch event starting at 9AM Pacific/noon Eastern on October 4th.

Update: Blass has also posted new pictures of the 5 inch Pixel 2 at VentureBeat. It will be available in black, white, and blue color options and, as expected, it has larger top and bottom bezels than the Pixel 2 XL.

This smaller phone is expected to feature a 1920 x 1080 pixel display. 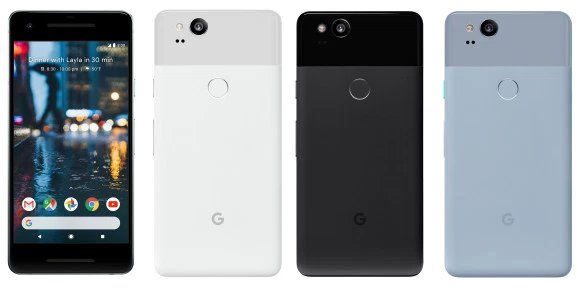 Blass says both phones will be unveiled this week, but the Pixel 2 won’t ship until October 19th, and the Pixel 2 XL will follow a month later, on November 15th.

And here’s a picture of the Pixel 2 XL in white, featuring the front and back, also from Blass. 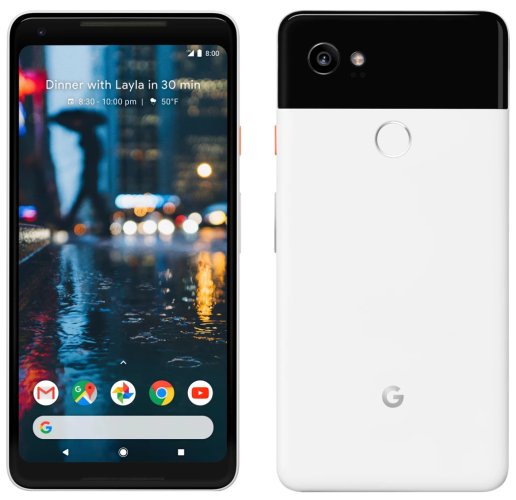