The Samsung Galaxy Tab A7 Lite is a budget Android tablet with an 8.7 inch, 1340 x 800 pixel display, an octa-core processor (most likely a MediaTek Helio P22T), and up to 4GB of RAM, 64GB of storage, and a microSD card reader for removable storage. There’s also optional support for 4G LTE.

Details about Samsung’s newest budget tablet have been leaking for months, but now it’s official. Samsung says the Galaxy Tab A7 Lite will be available in select markets this June with pricing starting at £149 in the UK or $159 in the US. 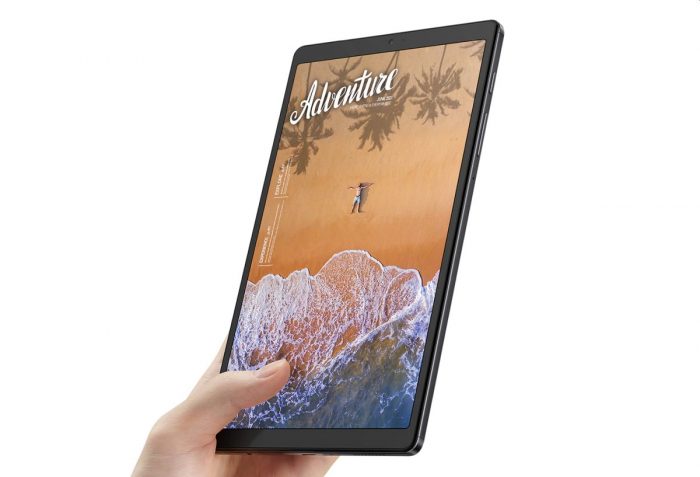 The starting price is for a WiFi-only model with 3GB of RAM and 32GB of storage, but you can pay extra for additional memory, storage, and support for cellular networks.

Both versions support WiFi 5 and Bluetooth 5.0 as well as GPS, and both have USB 2.0 Type-C ports, 3.5mm headset jacks, and stereo speakers with Dolby Atmos support.

There’s an 8MP rear camera with autofocus and a 2MP front-facing camera. And the tablet has a 5,100 mAh battery and support for a 15-watt charger.

While the Galaxy Tab A7 Lite is clearly a budge tablet with entry-level specs and lack of support for features found on higher-end Samsung tablets like S-Pen support, it looks pretty competitive with other entry-level tablets from companies like Amazon and Lenovo in terms of pricing and features.

One weird thing though? That 1340 x 800 pixel display has an aspect ratio of 67:40. I’m sure it’ll look fine, but it’s just a rather unusual choice for Samsung.