SanDisk introduced its first 200GB microSDXC card earlier this year, and now it’s available for purchase… if you’ve got $240 to spare.

While that’s a lot of money to spend on a removable storage card for your phone or tablet, it’s a lot better than the suggested retail price: SanDisk had initially suggested that its 200GB Ultra UHS-I Premium Edition card would be priced at around $400. 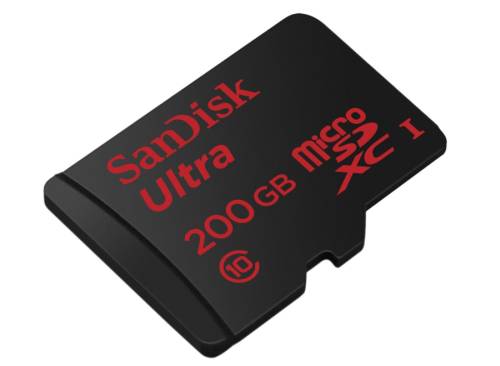 SanDisk says the card offers transfer speeds up to 90MB/s and enough storage space for up to 20 hours of full HD video or an awful lot of high-resolution photos, music files, or other media.

The card also comes with an adapter so you can use it in full-sized SD card readers.

While the price is a lot lower than we’d expected, it’s still pretty high on a price-per-gigabyte basis. Amazon sells a 128GB version of the same card for $79, although that model has a top data transfer speed of 48MB/s.

I suspect the 200GB model will get cheaper once 400GB models become common.