Samsung’s Galaxy S10 phones are expected to feature punch holes in the display rather than notches when they launch next year. But the company isn’t waiting until then to launch a phone with an “Infinity-O” display featuring a small hole around the camera. 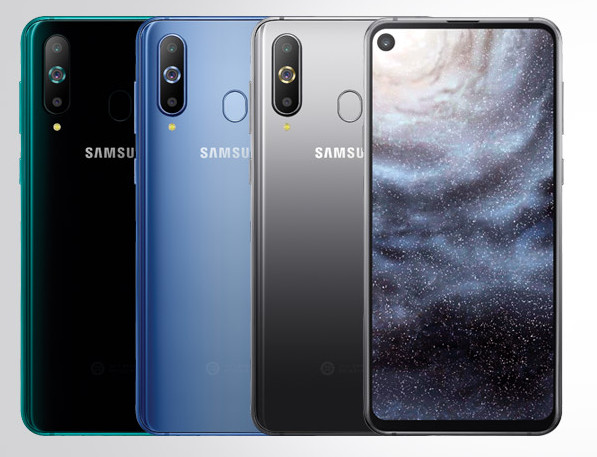 Not only will the Galaxy A8s be one of the first phones with a hole instead of a notch or top bezel, but it’s also the first phone powered by a Qualcomm Snapdragon 710 processor, a chip that was unveiled earlier this year and which is aimed at upper mid-range smarphones.

The phone supports 6GB or 8GB of RAM and features 128GB of storage. It has a 3,400 mAh battery, a rear fingerprint sensor, a USB-C port, and fast charging support.

There’s a triple-camera setup on the back of the phone, with a 24MP primary camera, a 10MP telephoto lens, and a 5MP depth-sensing lens.

But it’s the front of the phone that’s most distinctive.

Samsung is taking pre-orders for the Galaxy A8S in China and it should ship later this month. But there’s no word on if or when you’ll be able to get one in other markets.