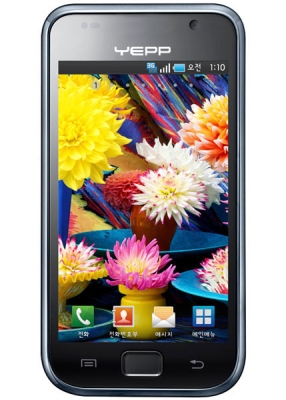 The Apple iPhone is a hugely successful product, but Apple also offers a way for customers who don’t feel like shelling out $30 per month for a wireless data plan to enjoy the iOS experience. While the iPad tablet is sort of the new kid on the iOS block, Apple has also offered the iPod touch for the last few years, which offers much of the same functionality as an iPhone. It just can’t make phone calls (or take pictures, or access 3G data networks).

While we know there are plenty of companies working on Google Android powered tablets that could give the Apple iPad a run for its money, we haven’t heard too much about affordable handheld Android powered devices that aren’t smartphones. But that doesn’t mean they’re not in the works. For instance, there’s a rumor going around that Samsung will launch a portable media player running Google Android soon.

Word on the street is that the Samsung YP-MB2 will look a lot like the recently launched Samsung Galaxy S Smartphone. But it will have a lower resolution camera and it won’t connect to 3G networks. On the bright side, the YP-MB2 will reportedly run Android 2.1, have a 1GHz processor, a 4 inch Super AMOLED display, GPS, WiFi, Bleutooth 3.0, and a 3MP camera. Oh, and it could launch in Korea for the equivalent of about $250.

Samsung hasn’t made any official announcements yet, and the image above from DDaily is clearly a rendering… complete with 3G signal bars at the top of the screen. So let’s take this rumor with a grain of salt for now. But I really, really hope it’s true.