The first smartphone with under-glass cameras that snap photos and shoot video through the display arrived late last year and early reviews of the ZTE Axon 20 5G’s selfie camera are… mixed at best.

But the technology holds a lot of promise since it could provide device makers a way to release products that don’t rely on bezels, notches, or holes in the screen for the front-facing camera. So it’s no surprise that Samsung is also planning to release a product with an under-glass camera.

What is a little surprising is that Samsung’s first device with this tech may be a laptop rather than a smartphone. 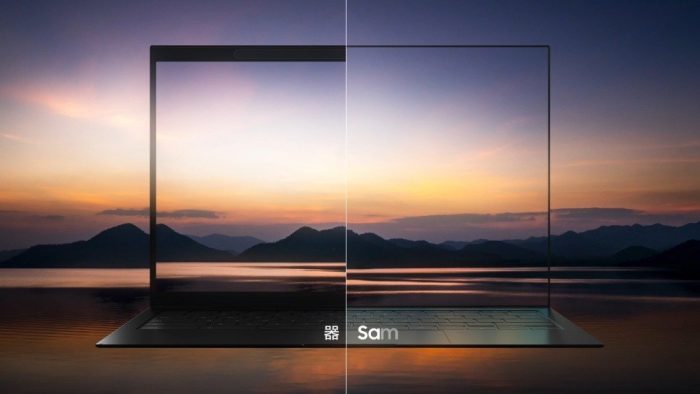 The company released a teaser video on Chinese social media site Weibo showing what it’s calling the Samsung Blade Bezel. It appears to be a laptop with extraordinarily slim bezels. But while some laptop makers slim down the borders around the display by moving or removing the camera, Samsung put it under the OLED display panel.

According to the video, this allows for a 93-percent screen-to-body ratio, and a display panel that’s just 1mm thick and which weighs just 130 grams, making thinner and lighter laptops possible.

What the video doesn’t tell us is whether the camera is any good. Other under-display cameras have suffered from fuzzy images with poor color quality. And the area of the display where the camera is hidden can sometimes have visible artifacts.

Wow ⊙∀⊙! Samsung Display reveals its under-Display camera technology for the first time, which will be used for OLED notebook screens first pic.twitter.com/Fu4Ublvsru