MicroSD cards are tiny, convenient removable storage cards that can be used with some cameras, tablets, smartphones, and other devices. But they’re not exactly super-speedy. 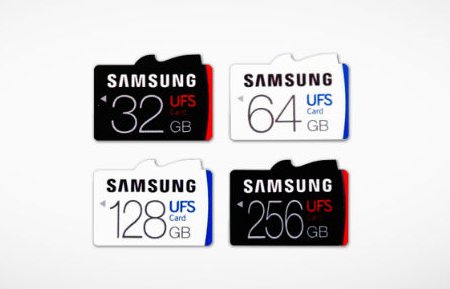 Samsung’s UFS drives will be available in capacities up to 256GB at launch, and here are some of the performance specs, according to the company:

In real-world terms, Samsung says you can use the card to continuously shoot 24 JPEG photos with file sizes of 1,120 MB in about 7 seconds, or read an entire 5GB full-HD movie in 10 seconds.

The UFS removable memory cards are based on the same technology as the UFS 2.0 internal storage Samsung introduced earlier this year.

Samsung is the first company to announce removable UFS cards, but the technology has been standardized, so we may see other companies join the party in the future.

What remains to be seen is what kind of devices will actually be able to use the new cards. While they look a lot like microSD cards, you’ll probably need next-gen phones, tablets, or cameras with UHS card readers to actually use the new cards.