Samsung’s quad-camera smartphone is real, and it’s coming next month. The company unveiled the Samsung Galaxy A9 this morning, and it actually has five cameras if you count the front-facing selfie cam.

But it’s the four rear cameras that really make the phone stand out. There’s a primary camera, a telephoto camera, an ultra wide-angle camera, and a depth-sensing camera.

The Samsung Galaxy A9 will be available starting in November, with a starting price of £549/€599. There’s no word on US availability or pricing yet. 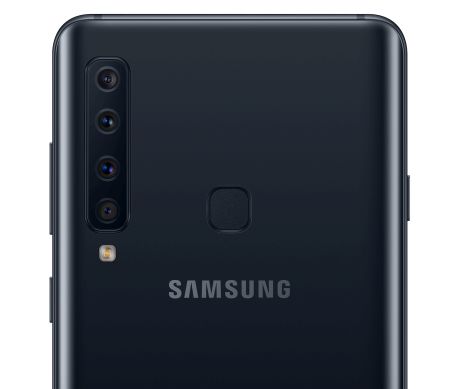 While the camera system is unusual, the phone’s other specs straddle the line between premium and upper mid-range.

Samsung makes no mention of fast charging or wireless charging, water resistance, or some of the other features you might expect on a flagship phone. But despite the crazy camera system on the Galaxy A9, this isn’t really designed to be a flagship phone — Samsung’s Galaxy S and Galaxy Note devices fill that niche.

I wouldn’t be surprised to see a quad-camera system on an upcoming Samsung flagship though. The Galaxy A9 might be a sort of test platform for the new cameras.

As expected, here’s a list of the features/functions for each camera: