Samsung is overhauling its user interface for Android smartphones. The new Samsung One UI is basically designed for the age we live in — the one where phones with big screens have basically taken over… but the one where you’re also too lazy to use your phone with two hands.

So Samsung has redesigned many of its stock apps to put labels and visual information at the top of the screen, but all the tings you’re actually going to want to touch on the bottom — where they’re easier to reach with your thumb while you’re actually holding your phone. 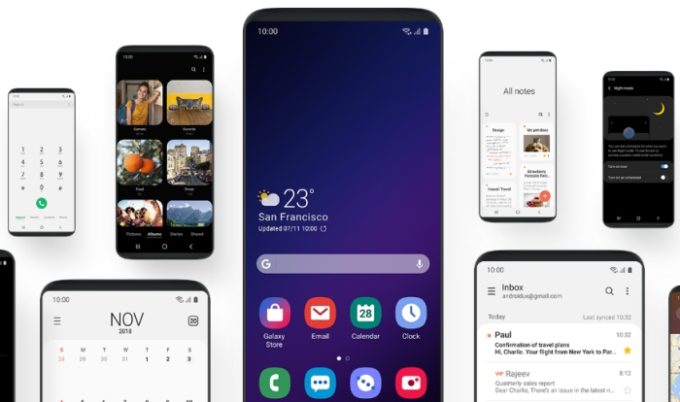 The upside is that moving the stuff you touch to the bottom of the screen could make it easier to use a phone with one hand. The downside is that it’s easy to look at the top of these phones and see a lot of wasted space… which makes me wonder why you wouldn’t just buy a smaller phone in the first place.

Samsung says Galaxy S9 and Note 9 users will be able to sign up to beta test the One UI in November, and the new user interface will roll out to all users early 2019.