Samsung launched more than half a dozen smartwatches in 2014, but it’s been a while since we’ve seen a new model from the company. So what does Samsung have in store for the second half of 2015? A smartwatch with a circular display and a bezel that rotates, allowing you to perform certain actions without touching the screen itself. 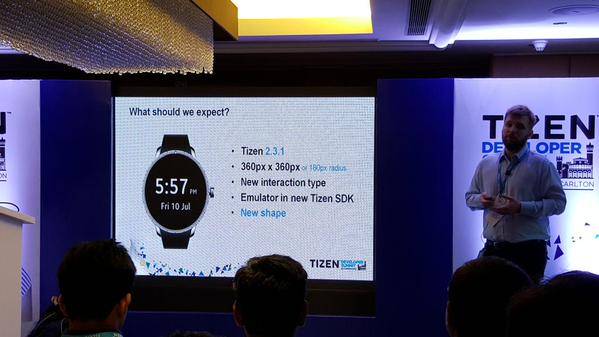 Samsung hasn’t officially unveiled the new watch yet, but it’s expected to be called the Samsung Gear A. Like most of Samsung’s smartwatches, the new model will be powered by Tizen, and Samsung is providing a lot of information about how Tizen will work on devices with round displays.

SamMobile is attending the Tizen Developer Summit in India this week, where Samsung has been talking about devices like the Gear A.

It’s expected to feature a 360 x 360 pixel round display, Tizen 2.3.1 software, and support for “rotary action,” which lets you move the bezel to perform some actions without covering the screen with your fingers.

There will be 24 steps on the bezel, letting you use it to move through cards or menu items, or zoom with precision.

According to SamMobile, the Gear A should feature a Samsung Exynos 3472 dual-core processor, 768MB of RAM, 4GB of storage, and a 250 mAh battery. But Samsung hasn’t yet confirmed those specs.

2 replies on “Samsung’s next smartwatch: Round display, rotating bezel”