Samsung’s Gear 2 and Gear 2 Neo smartwatches are up for pre-order and expected to ship starting Friday, April 11th. The watches are designed to pair with a Samsung smartphone, display notifications on your wrist, let you control music playback, and monitor your heart rate and fitness stats, among other things.

While Samsung is emphasizing the software and features of the watch, some new details have popped up, giving us a better idea about the hardware under the watch face. 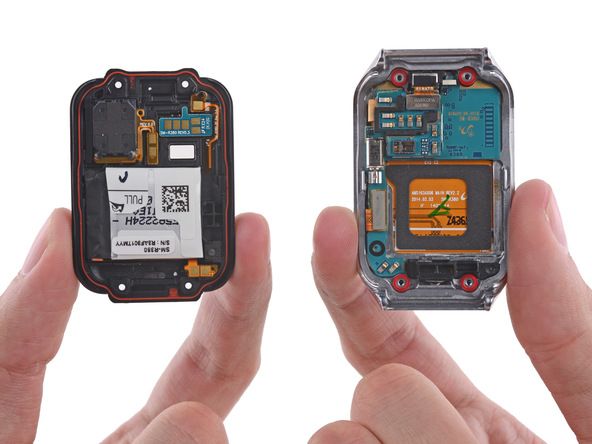 SamMobile reports the Gear 2 and Gear 2 Neo are both powered by a new Samsung processor called the Exynos 3250. It’s a 1 GHz, dual-core processor similar to the chip used in the original Galaxy Gear smartwatch.

But unlike the Android-powered Galaxy Gear, the new smartwatches can use both processor cores and run at full 1 GHz speeds. The switch to a Tizen Linux-based operating system apparently helped improve power consumption enough to enable the chip to run at full speed without compromising battery life.

Meanwhile, the folks at iFixit got their hands on a Gear 2 smartwatch and ripped it apart to get a better look at its insides. The teardown includes a good look at the Exynos 3250 chip, along with otehr components including the 2MP camera, 4GB of storage, 300mAh battery, and 1.63 inch, 320 x 320 pixel display.

According to iFixit, the watch is pretty easy to open up, and the battery can be replaced with no tools (although you’re not exactly going to be able to pick up a spare watch battery at the drug store — you’ll still need a Samsung battery pack or another battery designed for this form factor). 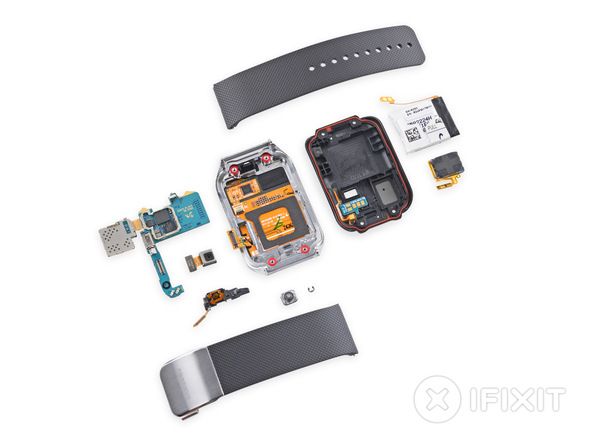