In case you had any doubts that smartphones and tablets with 4GB of RAM were on the horizon, Samsung’s latest announcement should make it clear. The company has unveiled new technology that should enable support for mobile RAM chips with 4GB and faster data transfer speeds than anything on the market. 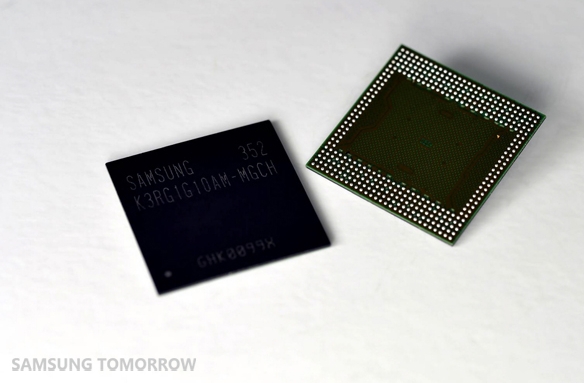 Samsung says it’s developed the first 8Gb low-power double data rate 4 mobile RAM, or LPDDR4. It allows for greater data density, with up to 1GB of data on a single die. Pack 4 of those together and you’ve got a tiny 4GB memory chip that you can slap in a smartphone or tbalet.

The company says the chips offer data transfer rates of 3200 Mbps per pin and offers a 50-percent performance boost over existing LPDDR3 or DDR3 memory while using just 1.1 volts, or about 40 percent less energy than existing memory solutions.

Samsung already offers a few phones and tablets with 3GB of memory. It seems likely we could see the first 4GB models in 2014.