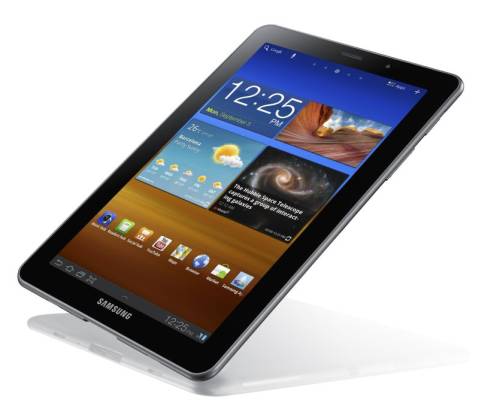 The Samsung Galaxy Tab 7.7 and Galaxy Note are two of the most interesting devices introduced at the IFA show in Berlin this week. The Tab 7.7 is a thin and light Android tablet with a high resolution 7.7 inch AMOLED display, while the Galaxy Note is a smaller device that blurs the lines between tablets and smartphones by using a 1280 x 800 pixel 5.3 inch display… oh yeah, and a stylus.

While Samsung is showing off both devices in Germany this week the company hasn’t yet committed to launching either device in the US. But the Korean company also hasn’t ruled out the possibility of shipping one or both of these Android devices in the States.

GottaBeMobile received word from a Samsung agent that there are “no plans” to launch either the Galaxy Tab 7.7 or the Galaxy Note in the US.

But here’s the thing: “no plans” doesn’t mean “we’re not doing it.” It’s public-relations language for “we haven’t made any official announcements yet.” In fact, I reached out to Samsung and received confirmation that the company hasn’t ruled out a US launch for either device. In other words, it’s still possible that Samsung could launch these devices in the US if it thinks there’s a market for them.

Samsung has a history of launching its products only in select markets, or starting a product off in one market before expanding it to another. For instance the Samsung Galaxy S WiFi line of portable media players running Android have been available in the UK and some other countries since earlier this year, but these devices have never shipped in the US.

For what it’s worth there are also no official US launch plans for the Galaxy WiFi 3.6 handheld Android device… which doesn’t mean it’s not happening, it just means that IFA is a European trade show.

One reply on “Samsung’s Galaxy Tab 7.7 and Galaxy Note US launch plans unclear”