It’s also the first Android tablet from Samsung to feature an Intel processor. 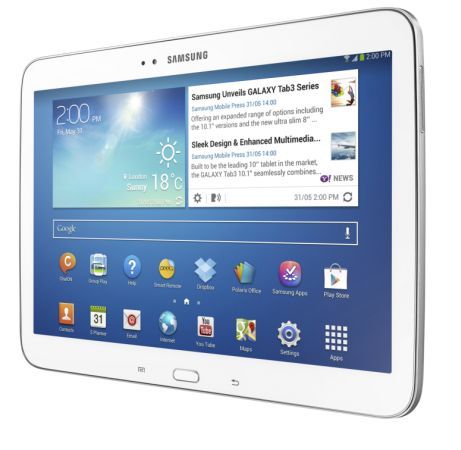 Reuters had reported that Samsung’s new tablet had an Intel chip rather than an ARM-based processor, but now Intel has confirmed that there’s a low-power Intel Atom chip in the 10 inch tablet.

The Galaxy Tab 3 (10.1) features an Intel Atom Z2560 Clover Trail+ processor. Samsung will also offer models with 3G and 4G LTE connectivity, with Intel providing the modems for each.

Intel’s Z2560 chip is a 1.6 GHz dual-core processor with support for hyperthreading, which means it can handle up to 4 application threads at once. The 32nm chip also supports screen 1080p HD video playback, tablets with HD displays, and up to 2GB of RAM.

Since Samsung is using the chip in its latest budget 10 inch tablet, it’s also a safe bet that Intel’s Clover Trail+ chip is priced competitively with ARM-based processors.