You know that Samsung phone with a foldable display we’d heard might be ready to launch this year? It’s starting to look like it won’t be ready in 2017… or 2018.

According to The Korea Herald, Samsung Display engineer Kim Tae-woong says foldable phone technology will “be mature around 2019,” and there’s no rush to get things ready ahead of schedule, because there’s another hot trend that’s moving phones right now: bezel-free displays. 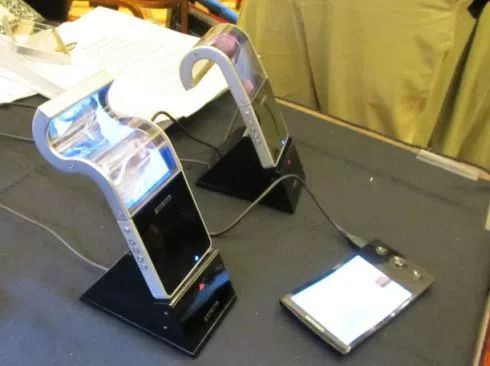 Samsung and other companies have been developing flexible display technology for years, but so far the closest we’ve gotten to a phone with a large screen that can be folded or bent are phones with curved displays, like the Samsung Galaxy S8 line of phones with screens that wrap around the left and right edges.

Earlier this year The Korea Herald had reported that Samsung was on track to launch a folding phone in the third quarter of 2017, an that LG could launch one in the fourth quarter. But now it looks like at least one of those companies may have had a change of heart.

Samsung and LG aren’t the only companies working on folding display tech. Last year Lenovo showed off a prototype for an unusual phone that could fold around your wrist to be worn like a bracelet. But so far there’s no word on if or when that product will come to market.