That’s a bit earlier than we’d heard from Samsung earlier this year, but Samsung’s not the only company working on foldable display technology, so the company might be running out of time if it wants to beat competitors to market with a premium device with a foldable display. 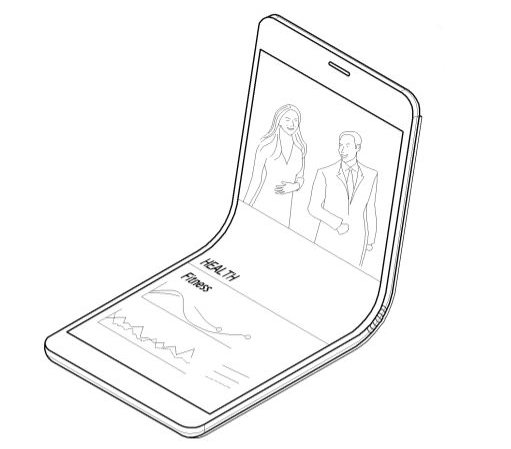 Of course, there are other ways to make foldable phones.

Samsung already offers a line of flip phone-style smartphones in Korea. The Samsung Galaxy Folder has a numeric keypad and a flip portion that reveals a screen, like an old-school flip phone, but it has the specs of a modern smartphone.

And Kyocera introduced a dual-screen smartphone that folds in half way back in 2011, but it was a sort of clunky device with huge bezels separating one screen from the other. Still, rumor has it that ZTE is planning to launch a smartphone with a similar design soon… although I suspect the bezels will be slimmer than those on the Kyocera Echo.

So why bother developing a flexible plastic OLED display that lets you fold the screen itself and not just the hardware surrounding the screen? Because that lets you create a device that truly deserves the name “phablet.” You can fold it in half and use it as a phone-sized device, or unfold the screen to its full width and use the gadget as a tablet.

Plus Samsung will probably be able to charge a pretty penny for a foldable phone, especially if it’s the first to bring a phone with a folding screen to market.

One reply on “Samsung’s foldable smartphone coming in 2018 (maybe)”