The new Samsung Exynos 1080 processor is an octa-core processor deigned for upper mid-range smartphones, but Samsung says it will bring a 50-percent boost in single-core performance and up to a 2X improvement in multi-core performance, which could make this mid-range chip competitive with some processors designed for high-end phones and tablets. 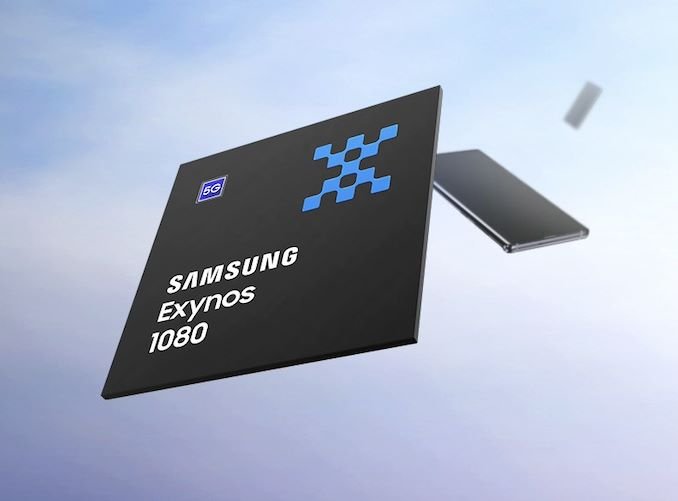 These days that’s more of a marketing term than anything – Samsung’s 5nm isn’t necessarily the same as Apple’s, for example. And while AMD and Intel haven’t released 5nm chips yet, they use different definitions still.

But the move to 5nm does represent a node change for Samsung, which should bring improvements in power efficiency, among other things. Other features include support for LPDDR5 memory, UFS 3.1 storage, up to 200MP cameras (or dual 32MP cameras, and 4K HDR+ video recording at up to 60 frames per second. The phone supports WiFi 6, Bluetooth 5.2, and both sub-6GHz and mmWave 5G networks.

Chinese phone maker Vivo will be the first company to launch a phone powered by Samsung’s new processor.

via AnandTech, SamMobile, NotebookCheck, and @not_koh