Now the company has announced that its first Tizen-based TVs will launch in 2015. In fact, all of Samsung’s Smart TVs introduced in 2015 will run Tizen. 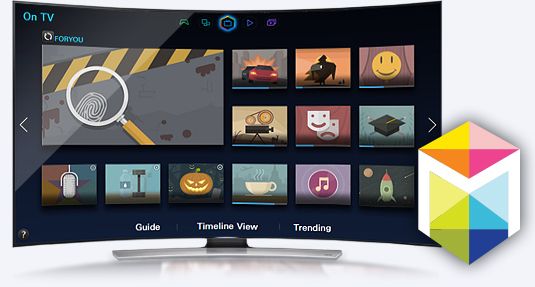 Samsung isn’t the only company that’s developed specials software that lets you stream internet video and run third-party apps on a TV. LG’s smart TVs are powered by webOS, for instance. And both Samsung and LG will continue to face competition from other smart TV products such as the Apple TV, Amazon Fire TV, and Roku line of products.

As for Samsung’s Tizen software, the company says it will include a few special features such as support for Sony’s PlayStation Now cloud gaming service, Samsung Sports Live, Milk Video, and games including Just Dance Now and Bingo HOME: Race to Earth.