Samsung is working on something big… like a tablet with a big screen. The company showed off a teaser for an upcoming tablet called the Samsung Galaxy View last month, promising to provide more details in October.

While the company hasn’t actually given us any of those details yet, the FCC has given us a few. 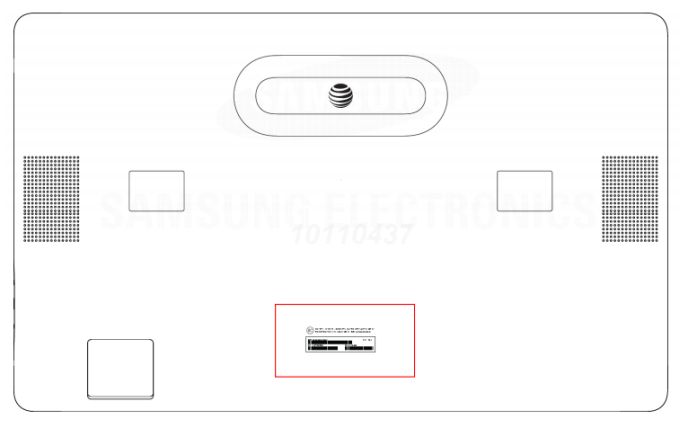 A listing for a Samsung device called the SM-T677A passed through the FCC website this week. It’s described as a “portable tablet” with support for 802.11ac WiFi, Bluetooth and 4G LTE. And the label drawing of the back of the device shows stereo speakers.

Oh yeah, the drawing also shows an AT&T logo. I wonder which US wireless carrier might sell the tablet.

So how do we know this is the Samsung Galaxy View? We don’t know for certain that it is… but the folks at Phone Arena found some physical dimensions for the SM-T677A in the FCC documents. The tablet measures about 17.5″ x 10.7″ and has a diagonal screen size of about 18.6 inches. 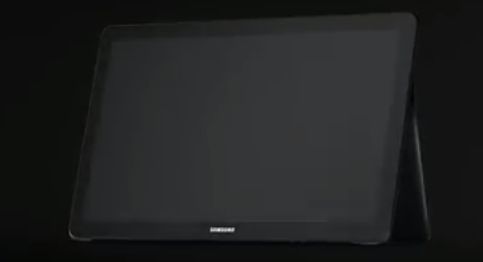 That sounds about right, since we’ve been hearing that the Galaxy View would have an 18.4 inch display.

The tablet is also expected to run Google Android software and to have a 1920 x 1080 pixel screen, an Exynos 7580 octa-core processor, a 5,700 mAh battery, 2GB of RAM, and 32GB of storage. But none of those things were mentioned in the FCC documents.