Samsung has finally launched its first smartphone running software based on Tizen Linux. The company has been working on Tizen-based phones for years, but has continually delayed their actual launch.

Now Samsung is launching its first Tizen phone. The Samsung Z1 is now available in India for about $91. 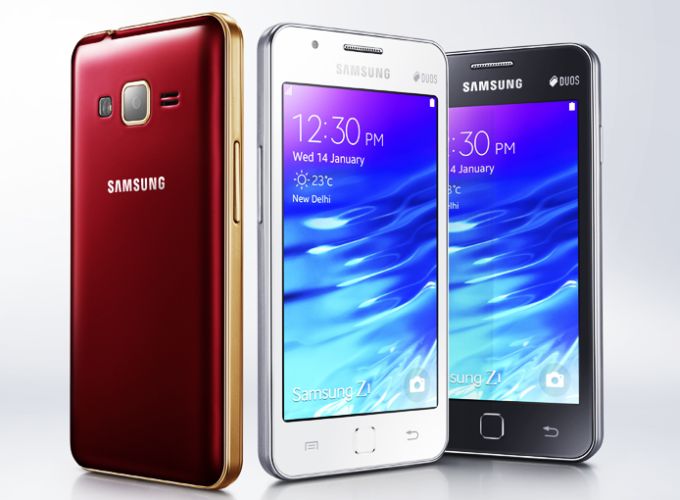 Customers that buy the phone for use on the Reliance Communications and Aircel networks will get 500MB of free 3G data per month for 6 months.

But it’ snot the hardware that makes this phone special. It’s the software.

The Samsung Z1 runs an operating system based on Tizen 2.3 and Samsung says Tizen requires less processing power and memory than Android, which lets you get a decent performance on lower-cost hardware. It should boot, launch apps, and load web pages quickly. There’s also an “ultra power saving mode” to help prolong battery life.

Samsung says you should get up to 8 hours of talk time or 7 hours of video playback from the phone’s battery.

The phone can run apps downloaded from the Tizen Store, comes with a Samsung app called “Joy Box” which includes free music, movies, and TV shows as well as access to live TV in India. And there’s a built-in antivirus service that scans new apps when you install them as well as SMS and email messages.

With modest specs, the phone’s key selling point might be its equally modest price. But it’s not like Samsung is the only company introducing low-cost smartphones.

It’ll be interesting to see whether Samsung’s first Tizen-based phone appeals to customers as much as it clearly appeals to Samsung. Right now most of the company’s mobile devices run Google’s Android software. Samsung has more control over the software and services that run on Tizen phones like the Z1… and the Tizen Store could provide a new revenue stream for the company.