Samsung sells more Android-powered smartphones than any other company — but Samsung has been investing heavily in Tizen, a Linux-based alternative to Android. Samsung already offers smartwatches and cameras powered by Tizen, and the company appears to be gearing up to offer a Tizen smart TV soon.

Now Samsung is getting ready to launch its first Tizen smartphone. The Samsung Z is a 4.8 inch phone with a 2.3 GHz quad-core processor and a 720p display. And it looks an awful lot like Samsung’s Android phones… it just doesn’t run Android apps. 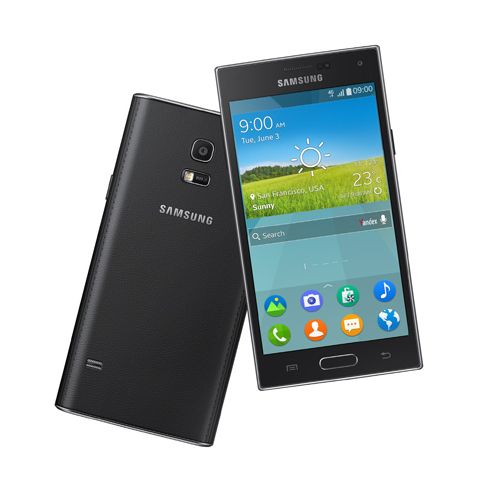 The Samsung Z runs Tizen 2.2.1 software, but the operating system should look familiar to anyone that’s ever used one of Samsung’s Android phones. That’s because Samsung has a habit of putting a custom skin on top of Android to change the look of the home screen, app launcher, settings, and other core features. In that way, it doesn’t really matter if you have an Android or Tizen phone… as long as it’s a Samsung phone, it should look familiar.

On the other hand, if you’re not a fan of Samsung’s core apps and services, it might be a bit early to jump on the Tizen bandwagon. There are over a million third-party apps available from the Google Play Store for Android. While Samsung is trying to attract developers to the Tizen platform, it’s likely that the number of available apps for this phone will be much smaller.

4 replies on “Samsung Z is the first Tizen smartphone”