Flip phones have pretty much faded into obscurity in the US and Europe, but there’s still a market for them in Asia and Samsung has been producing high-end Android flip phones for the past few years.

The latest is the Samsung W2018, which not only has the kind of specs you’d see in a high-end phone like the Galaxy S8 or Galaxy Note 8…. it’s also said to be the first smartphone with a camera that has an F/1.5 aperture.

Among other things, the wide aperture should allow for better low-light photography. 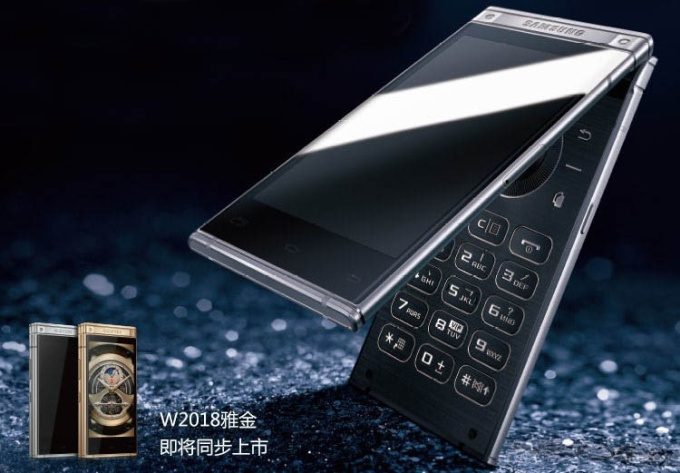 The rear camera can snap 12MP pictures and features support for optical image stabilization. And in well-lit environments, Samsung’s phone will use software to switch to an F/2.4 aperture.

The phone is powered by a Qualcomm Snapdragon 835 processor and features 6GB of RAM. It has a 2,300 mAh battery, a USB Type-C port, and it ships with Android 7.1 Nougat software (and has a dedicated Bixby button for Samsung’s voice assistant software.

Samsung will offer models with 64GB or 256GB of storage.

There’s a 4.2 inch, 1920 x 1080 pixel touchscreen display on the lid that lets you use the Samsung W2018 like a typical Android phone (albeit one with a rather small display by modern standards).

But you can also flip up the lid to reveal a second 4.2 inch full HD display and a numeric keypad.

The Samsung W2018 will be available soon in China. Don’t expect to see it in the US anytime soon.

via GizmoChina and Android Headlines