Mini is apparently in the eye of the beholder. Samsung has introduced a new smaller version of the popular Samsung Galaxy S4. But with a 4.3 inch display and a case that’s a little larger than the iPhone 5, maybe Samsung should have called this the Galaxy S4 Smaller rather than the Galaxy S4 Mini.

Still, it’s nice to have an option for folks who don’t want a 5 inch smartphone screen. It’d just be nice if all the other specs remained the same. 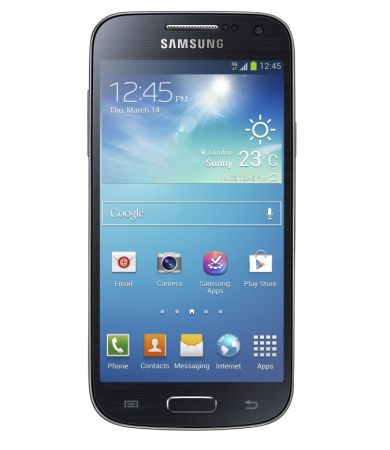 Unfortunately, it looks like Samsung didn’t just shave some size off the Galaxy S4 to make the Mini. The new phone also has a lower resolution display, less storage, and a less powerful processor.

It includes some of Samsung’s custom software including Sound & Shot photos and the S Translate app. But it doesn’t look like you get some of the features Samsung has been promoting with the Galaxy S4 such as support for answering the phone by waving your hand over it or pausing a video when you look away fro the screen.