Samsung’s C-Lab is basically an incubator for new products developed by Samsung employees when they aren’t working at their day jobs. Some products that have emerged from C-Lab include the WELT activity-tracker-in-a-belt and Sgnl’s watch that uses bone-conduction to turn your finger into a Bluetooth headset.

Now Samsung plans to show off several new C-Lab projects at Mobile World Congress, and they all share a common theme: virtual and/or augmented reality. 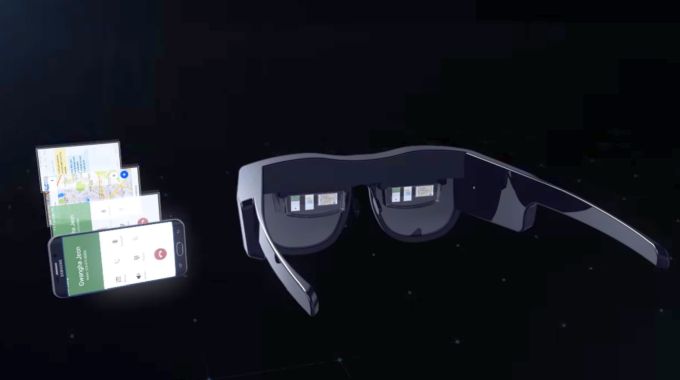 One project is called Relúmĭno, and it’s designed to use a Samsung Gear VR to help people with limited vision to read books, watch TV, or look at photos by putting enhanced visuals right in front of their eyes. 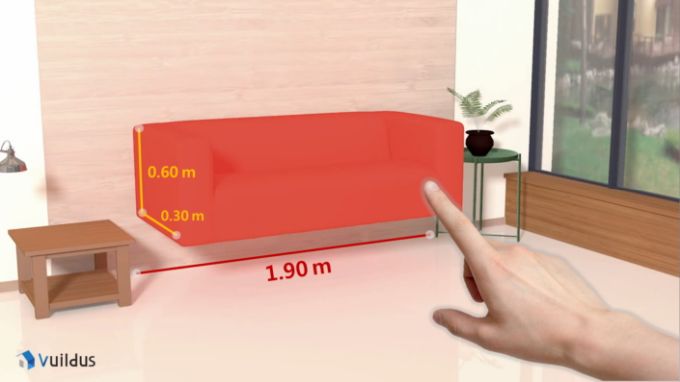 Another is an interior design tool called VuildUs that uses a 360-degree camera with depth perception to scan your home’s interior and then lets you use a VR headset to see what furniture or other objects would look like when placed in your house. 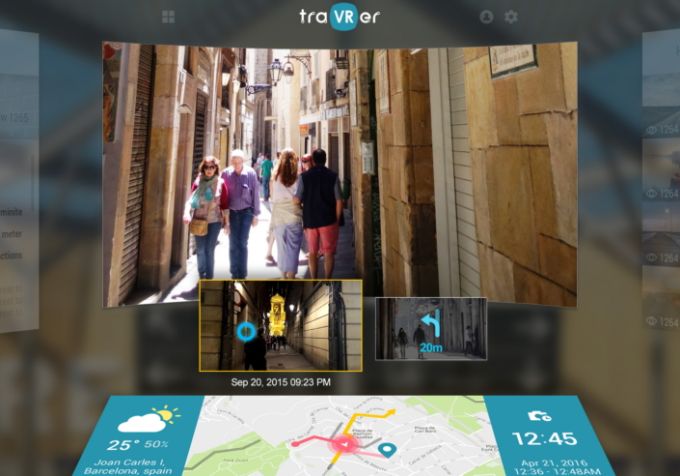 An app called traVRer is a a 360-degree experience for interacting with photos and videos.

And one of the most interesting systems is called Monitorless since it’s designed to let you interact with smartphone or PC apps without a monitor… sort of.

The system lets you stream content from a phone or computer to a set of glasses with built-in displays that will show your software in windows floating on top of real-world environments.

I’m not a fan of the name. Sure, you may not need to look at your phone or PC screen to use Monitorless. But what exactly are those screens built into the glasses? Tiny monitors.

Still, Monitorless looks like it could be an interesting low-cost alternative to Microsoft’s Hololens augmented reality headset since, unlike Hololens, Monitorless doesn’t have a built-in computer. Instead if uses WiFi direct to connect with your other devices, which means it’s your phone or PC that actually does all the heavy lifting.

It’s not clear if any of these projects will eventually become real products that you can buy. But given the track record of past C-Lab projects, it seems likely they’d eventually show up on a crowdfunding site before hitting store shelves.