Samsung is set to launch a low-cost netbook in India. It’s called the Samsung N100 and in order to keep the price down, Samsung is using a low power 1.33 GHz Intel Atom N435 processor and MeeGo Linux operating system. It will sell for about 12,290 rupees, which is about $275 US. 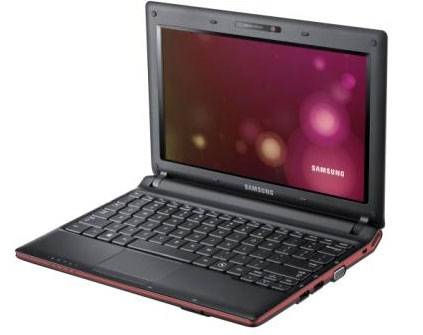 If the specs sound familiar, that’s because the Eee PC X101 netbook which Asus hopes to ship soon for under $200 has the same processor and operating system. The difference is that the Asus netbook will be available in the US, while it’s not clear that the Samsung N100 will be available outside of India.

The Samsung N100 measures 10.3″ x 7.4″ x 1.4″ and weighs about 2.3 pounds. While the base model will come with MeeGo Linux, the computer can also run Windows 7 or other operating systems.

MeeGo is a light-weight operating system designed for netbooks, tablets and smartphones. While it’s based on Linux, the OS is designed so that you don’t need to have any familiarity with traditional Linux desktop operating systems or terminal commands to use it. MeeGo is backed by Intel and features an app store called the AppUp Center where you can find and download software for the platform.

But I’m pretty sure the key reason Samsung, Asus, and other computer makers are testing the MeeGo waters isn’t because of huge demand for the operating system, but rather the low cost. MeeGo is based on open source software and computer makers can install it on devices without paying for expensive Windows licenses.

One reply on “Samsung unveils netbook with MeeGo Linux for India”