But Samsung says the tablets will also be super thin, stylish, and offer new software and services. 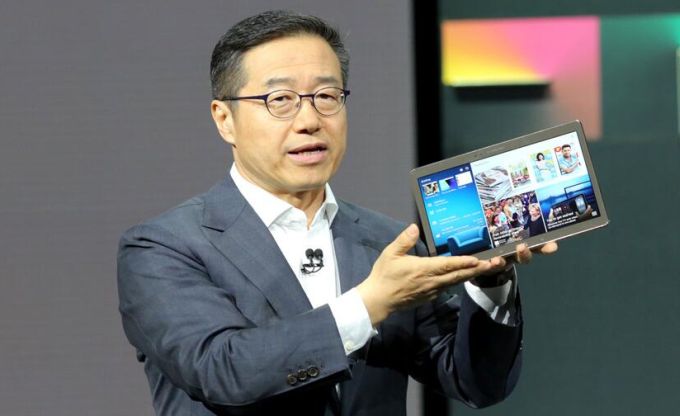 The Galaxy Tab S tablets measure just 6.6mm, or about 0.26 inches thick, which makes it thinner than most smartphones. But the tablet still has a battery big enough to provide up to 11 hours of run time. The 10.5 inch model weighs 1.1 pounds, and 8.4 inch version is 10.4 ounces. They’re powered by either a Samsung Exynos 5 Octa-core or Qualcomm Snapdragon 800 processor, feature 802.11ac WiFi, 3GB of RAM, and 16GB to 32GB of storage, plus a microSD card slot.

The tablets will be available in bronze or white, and there are swappable covers in a variety of colors as well as optional accessories including cases and Bluetooth keyboards.

The tablet has a 2560 x 1600 pixel display. It’s the first tablet with a Super AMOLED WQXGA display, which Samsung says has better color range and contrast (although some folks suggest that colors on AMOLED displays look over-saturated). 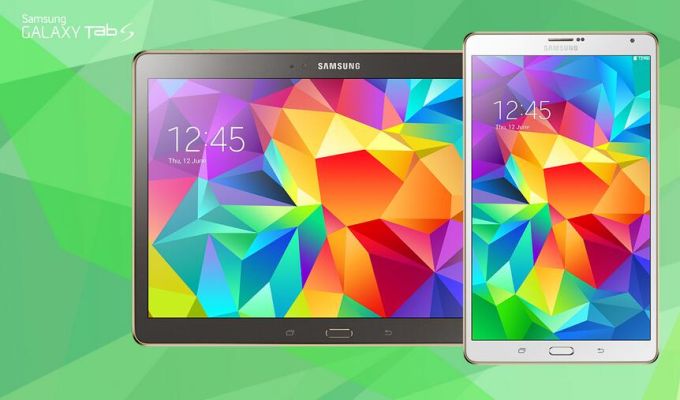 Samsung may have launched its Galaxy Tab Pro and Note Pro tablets just a few months ago, but the company says the new Galaxy Tab S is the new flagship in its tablet lineup.

It runs Google Android software with Samsung’s special features including SideSync 3.0 which lets you pair the tablet with a phone to receive calls on your tablet even if your phone’s in another room, and Remote PC which lets you remote control a computer using the tablet.

The Tab S will also be one of the few Android tablets to support 1080p content from Netflix.

International users can use a Samsung Galaxy Tab S to make voice phone calls, but that feature won’t be available in the US. If you’re in the States though, you can use SideSync to forward calls from your phone to your tablet by basically mirroring your Samsung smartphone in a portion of the Tab S screen.