Samsung certainly has a way with words… and numbers. While the company’s original tablet was simply called the Galaxy Tab, by the time Samsung launched its second tablet with a 7 inch display, there were nearly half a dozen other Galaxy tablet models with 7.7 inch, 8.9 inch, 10 inch, and 5.3 inch screens.

So Samsung called that model the Galaxy Tab 2… you know, because it’s the second model… with a 7 inch screen. Except it’s not. There’s also the Samsung Galaxy Tab 7.0 Plus. 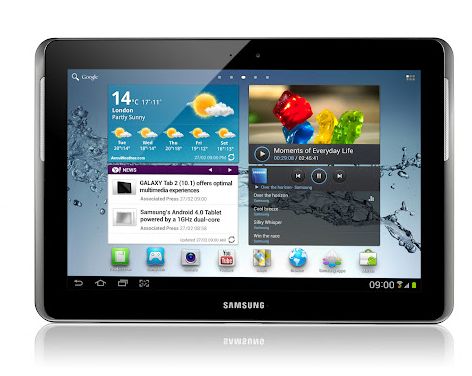 Anyway, today the company is introducing a new 10 inch tablet with the nice and confusing name of the Samsung Galaxy Tab 2 (10.1).

Once you get past the awkward names, Samsung’s second 10.1 inch Android tablet looks pretty nice. It features:

One thing that sets this tablet apart from the original Galaxy Tab 10.1 is the inclusion of a microSD card slot for expansion.

Samsung will launch the new 10.1 inch tablet in the UK in March. There’s no word yet on how much it will cost or when it will be available in other regions.