The upcoming Samsung Galaxy Chromebook is the first Chrome OS laptop to an AMOLED display. It’s also Samsung’s first to feature a 10th-gen Intel Core processor. And it’s the company’s most expensive Chromebook to date — it’s expected to sell for $999 when it hits the streets later in the first quarter of 2020. 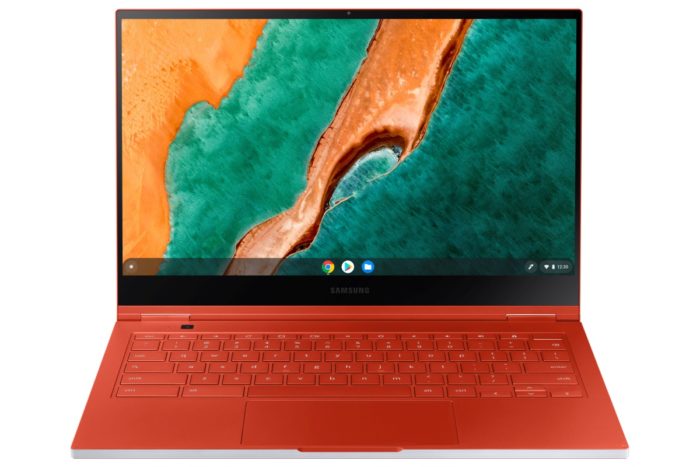 To be fair, that actually makes this one of the most affordable laptops with an OLED display. But it’s still a lot of money by Chromebook standards, at a time when many other laptops running Google’s operating system sell for under $300.

Still, if you’re sold on the idea of Chrome OS as a viable operating system (especially now that it supports both Android and desktop Linux applications as well as Chrome web apps), the Galaxy Chromebook seems like a nice step up from Google’s $650 Pixelbook Go.

The Samsung Galaxy Chromebook has a sleeker design, a higher quality display, a newer processor, and the starting price includes:

Samsung will also offer higher-priced configurations with up to 16GB of RAM and 1TB of storage.

The laptop measures less than 0.4 inches thick and weighs about 2.3 pounds. It has a fanless design, an aluminum chassis, and Samsung will offer the laptop in red and grey color options.