Samsung’s Gear VR headsets may be designed to turn the company’s phones into virtual reality displays. But even phones with full HD or higher-res displays can suffer from a bit of “screen door” effect when viewed through lenses that magnify the screen so much that you can see the lines between pixels.

The Samsung Galaxy S8 smartphone should suffer from less of that effect that some phones, thanks to its 2960 x 1440 pixel display which packs 570 pixels into every inch. But Samsung’s got another screen with an even higher pixel density. 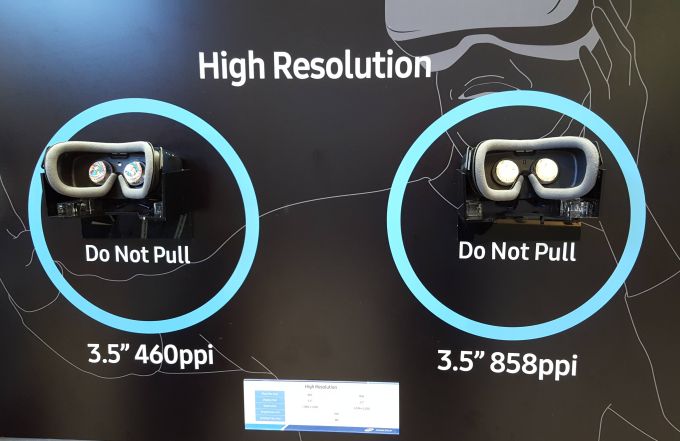 The Oculus Rift and HTC Vive, by comparison, have displays with about 450 pixels per inch.

And if you’re worried that comparing Samsung’s new screen to those displays is like comparing Apples to Googles.. it’s worth noting that Samsung actually makes the AMOLED screens used in those leading VR headsets.

The new screen has a brightness of 100 nits and a refresh rate of 90 Hz.

There’s no word on if or when Samsung will mass produce the new displays or when we might see them used in VR headsets.