Samsung’s next generation of thin-and-light laptops are on the way, and not surprisingly they’re powered by Intel Skylake processors and Windows 10 software. 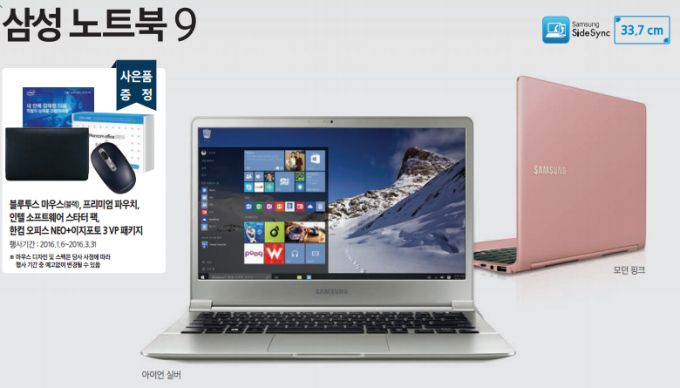 Samsung hasn’t officially announced the new laptops in the US or Europe yet, but I wouldn’t be surprised to see them on display at CES next week. According to South Korean documents, the company will offer at least 6 different models with 1920 x 1080 pixel displays.

There’s also at least one model with a higher-resolution display. The Samsung NT900X3K-K36 has a 13.3 inch, 3200 x 1800 pixel display, an Intel Core i3-5005U processor, 4GB of RAM, and 128GB of solid state storage. This model has a larger 44 Whr battery, measures 0.5 inches thick, and weighs about 2.4 pounds. The extra battery power should help keep the system going despite its more power-hungry screen.

Other features include a metal chassis and a screen that can be folded back 180 degrees.

Samsung also has a “Lite” series of laptops on the way. The Samsung (10S3L lineeup consists of 13.3 inch laptops with Pentium 4405U processors, 8GB of RAM, 128GB of storage, and slightly less sleek designs.