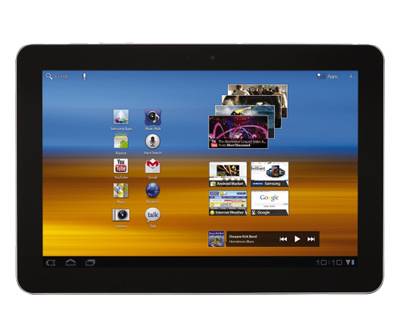 Samsung has announced the release dates and pricing for the Samsung Galaxy Tab 10.1 and Galaxy Tab 8.9 in several European countries. The 8.9 inch and 10.1 inch Android tablets will go on sale in Denmark, Finland, Norway, and Sweden starting this summer, with the Galaxy Tab 10.1 scheduled to kick things off with a Swedish launch on June 29th.

Both tablets will feature Google Android 3.1 Honeycomb, 1280 x 800 pixel displays, 1 GHz NVIDIA Tegra 2 dual core processors, 3MP rear cameras and 2MP front cameras as well as 802.11n WiFi and Bluetooth 3.0. The only real difference will be the size of the screen and case.

Samsung will offer a WiFi-only model and a 3G HSPA+ models.

via Samsung Hub and EuroDroid