Apple appears to be having much more success with its lawsuits outside of the US these days. This weekend we found out that the Amazon Appstore had stopped accepting software from German developers due to a trademark suit over the term “App Store.” Now Bloomberg is reporting that Apple has managed to put a temporary stop to sales of Samsung tablets in Australia. 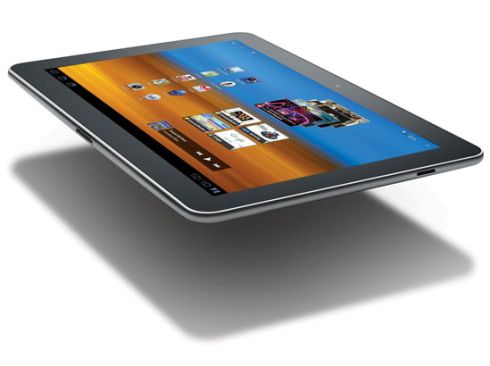 According to Apple, the Samsung Galaxy Tab 10.1 infringes on 10 different patents held by the iPad maker. While the court case hasn’t actually been decided in Australia yet, Samsung has apparently agreed not to sell the tablet in that country until the court has ruled on whether the tablet infringes on any patents.

Apple has filed similar lawsuits against Samsung in the US and other countries, and Samsung has filed a few lawsuits of its own against Apple. It will likely take years for all the issues to be worked out. It’s not clear yet if that means we won’t see any Samsung tablets in Australia for years or if this is just a short term setback. The next court hearing is set for the end of the month.

The Samsung Galaxy Tab 10.1 is a 10 inch tablet designed to run Google Android 3.1. It has a 1 GHz NVIDIA Tegra 2 dual core processor and a 1280 x 800 pixel display. The tablet does look a lot like the Apple iPad 2 — both are thin and light devices that look like little more than big displays, but Samsung’s tablet has a widescreen display and a different operating system than Apple’s iPad.