Samsung has introduced two new solid state drives which push the boundaries of what you can expect from an SSD. Like most solid state storage, these new drives are designed to be faster than a typical hard drive while consuming less power.

But up until recently hard drives have kind of been king of the hill in the amount of storage space you can get. While most reasonably laptops with SSDs top out at around 256GB of storage, you can often find laptops with twice or even four times as much hard drive space.

Now Samsung is offering an SSD with 1TB of storage, and another that will be available with up to 1.6TB, as well as blazing-fast read speeds up to 3,000MB per second. Just don’t expect them to be cheap. 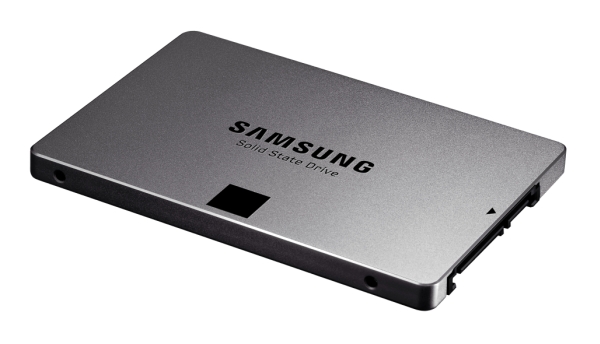 Offering up to 1TB of solid state storage, the new Samsung SSD 840 EVO line of drives will offer read speeds as high as 540MB/s and write speeds up to 520MB/s.

Pricing hasn’t yet been announced, but suffice it to say that 1TB drive isn’t exactly going to be cheap. You still get a lot more storage capacity for your buck with an old-school hard drive. You just don’t get the same kind of speedy performance, low power consumption, or resistance to drops, falls, and other motion.

Samsung’s Non-Volatile Memory Express (NVMe) storage offers sequential read speeds up to 3,000MB/s. That’s so fast that the odds are the rest of your computer can’t keep up.

You’ll need a PCIe 3.0 connector to take full advantage of this blazing-fast technology, because a SATA connector just won’t cut it.

Samsung says the XS1715 doen’t just excel at sequential tasks. It’s also said to be 10 times as fast as other high-end SSDs when it comes to random read performance.

While these new super-speedy SSDs are aimed at the enterprise market for now, they could be a sign of things to come.