The Samsung Smart Keyboard Trio 500 is a compact wireless keyboard that can be paired with up to three devices, letting you use the same keyboard with a phone, tablet, or PC, for example. It’s also designed for use with Samsung’s DeX software that allows you to use an Android phone or tablet like a desktop computer, thanks to a dedicated DeX key.

First announced in April, Samsung says the Smart Keyboard Trio will be available in Germany this June for €45 (about $55), and I suspect it will probably be available in other countries in Europe (and possibly abroad) around the same time. 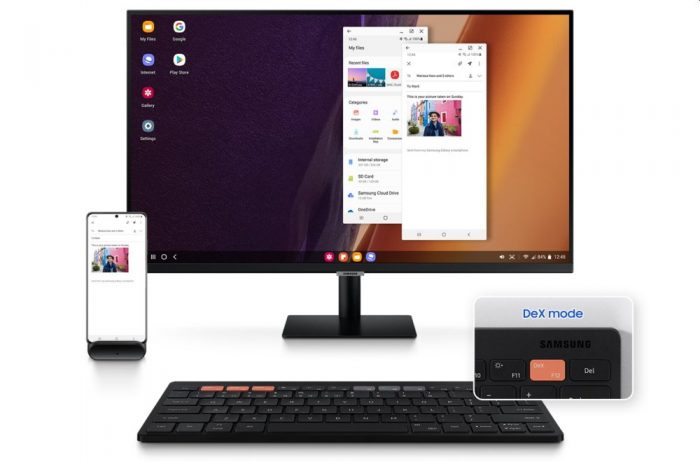 The price is actually lower than I would have expected from a company that charges as much as $230 for keyboard covers for its tablets. But the Trio is competitively priced with portable keyboards from other companies.

Measuring 11.5″ x 0.6″ and weighing less than 15 ounces, the Bluetooth keyboard is powered by two AAA batteries and features three keys that can be used for switching between devices as well as three app launch keys, which are compatible with Samsung phones or tablets running Samsung’s One UIS 3.1 or newer software.