Samsung has a new 10 inch tablet on the way, and all signs point to it being a lot like one that launched earlier this year… but with one major difference. The Samsung Galaxy Tab A 10.1 does not work with Samsung’s S-Pen stylus. The upcoming SM-P580/P585 does.

Roland Quandt spotted a user manual for the new tablet on Samsung’s website, and while I can’t read most of the manual (since it’s in Korean), there are drawings that clearly show a pen, and a few specs and other items in English that make it pretty clear that the new tablet is a cousin to the Galaxy Tab A 10.1. 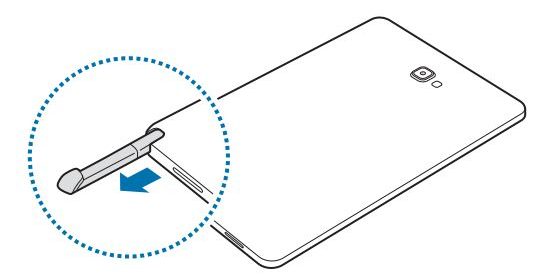 There’s no word on when the new tablet will launch or how much it will cost. But the Galaxy Tab A 10.1 without an S-Pen currently sells for about $300.