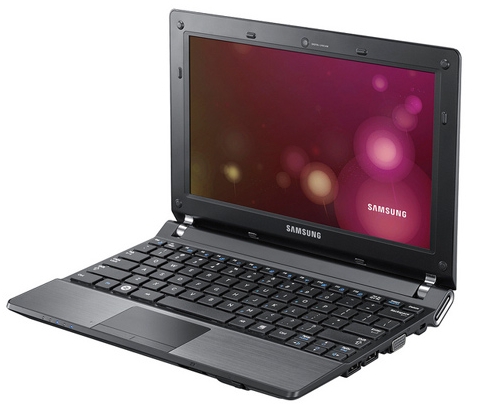 Samsung is showing a netbook called the Samsung N350 at IFA in Berlin this weekend. The mini-laptop looks like a rebranded version of the Samsung N210, which has your typical netbook specs but which is the thinnest Samsung netbook on the market today. But the name change isn’t the only thing different about the Samsung N350.

The N350 also features both 3G and 4G modems. The unit on display at IFA has an HSPA+ 3G modem and an LTE modem for connecting to 4G networks.

The laptop has a 1.66GHz Intel Atom N455 CPU, 1GB of DDR3 memory, a 250GB hard drive, and WiFi.The netbook also uses Samsung’s new Easy Share system for streaming content from a Samsung computer to a DLNA capable device such as a TV. Notebook Italia shot a video of the Easy Share system, which you can check out after the break.

I also got a chance to check out the Samsung N210 the other day. You can find a few of my pictures after the break as well.