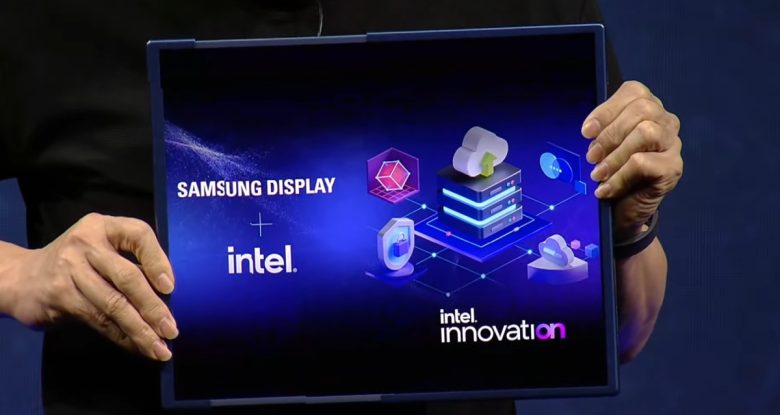 Rather than a phone that becomes a tablet, Choi said this screen allows a small tablet to become a big tablet when you slide one edge to expand the screen.

There’s no word on when we’ll actually start to see this display used in actual products. And only a single static image was shown on the display during the on-stage demo at Intel Innovate, so it’s unclear how well the screen works for real-world applications. 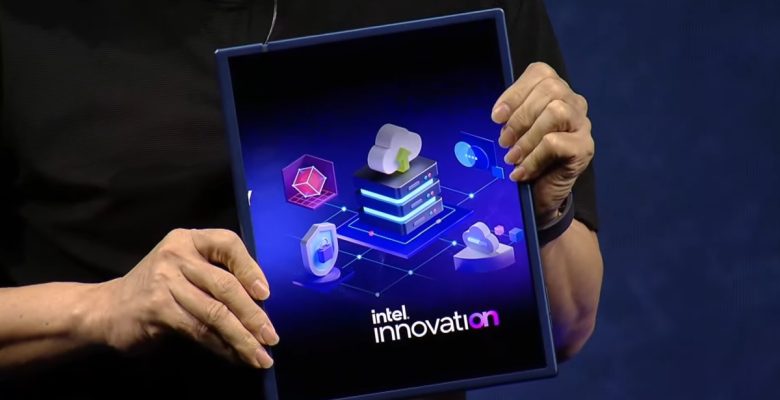 But it’s the latest indication that flexible display technology can be used for more than foldables. It’s also an indication that Samsung may want to differentiate its “slideable” display from other expandable displays.

For example, LG was using similar display technology to build a smartphone with an expandable display. But the planned  LG Rollable smartphone was canceled when the company decided to shut down its smartphone division last year, and the phone was never released to the public.

Chinese phone maker Oppo also showed off a rollable phone prototype last year, but that phone was never released to the public either.

For its part, Samsung has been talking about Slideable displays for a while. Maybe Intel’s decision to highlight the latest prototype on the same stage where the company officially launched its 13th-gen Core processor lineup and announced the release date and price for its Arc A770 desktop GPU could be an indicator that Samsung’s slideable displays are nearly ready for release. Or maybe it’s just the latest in a line of events where a tech company shows off some futuristic tech that may or may not ever actually see the light of day.