Samsung’s first ultrabook with a touchscreen display will have a starting price of $809.99 for a model with an Intel Core i3 processor. A model with a faster Core i5 processor will also be available for $859.99.

Both are expected to launch with Windows 8 later this month. 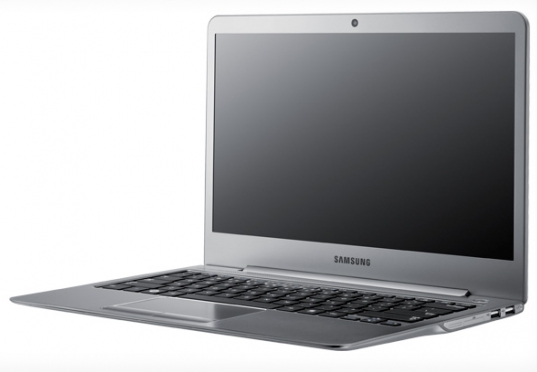 The notebooks have 4GB of RAM, 500GB hard drives, and 24GB of solid state cache, and weighs about 3.8 pounds.

Samsung has been showing off the Series 5 Ultra Touch since June, but the last time the touchscreen notebook popped up, it featured a slightly larger 14 inch display. The company also showed off a prototype Ultra Touch model in June which turned into a tablet when you pushed back the screen 360 degrees so that it rested on the base of the computer, but it looks like that model isn’t slated to launch this month.