The Samsung Series 5 Ultra Touch is what you get if you take a 14 inch Samsung ultrabook and add a capacitive touch panel to the display. It doesn’t convert into a tablet, but it does allow you to interact with the Windows 8 Metro-style user interface using either your fingers or the touchpad below the keyboard. 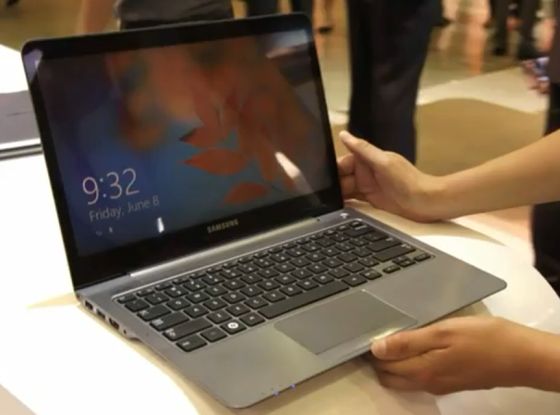 Engadget has a hands-on video with the laptop. It’s still an early prototype, so Samsung isn’t sharing a lot of details.

But the computer appears to have a metal lid, a plastic bottom, Ethernet, HDMI, audio, 2 USB 2.0 ports, and 1 USB 3.0 port as well as a memory card reader. There are left and right buttons below the touchpad, unlike many of the other ultrabooks we’ve seen lately which have larger touchpads with integrated buttons.

The Samsung Series 5 Ultra Touch has a 1366 x 768 pixel display and the laptop will be available with a hard drive or solid state disk. It will likely launch this fall once Windows 8 is available.