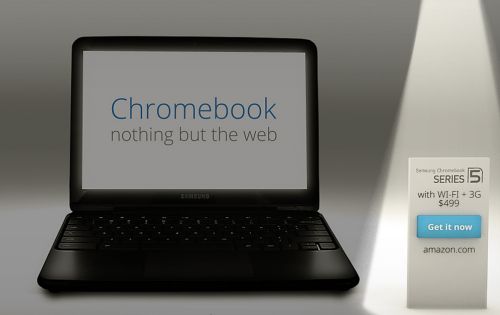 The Samsung Series 5 Chromebook officially goes on sale June 15th. But Google and Samsung have launched a Chromebook preview program which means you can start placing pre-orders now. Sort of.

Here’s how it works. Google started posting special links this morning. If you follow the links you’ll get to a pre-order page at Amazon which may only be available for a limited time.

The first Chromebook to go up for pre-order as part of the preview program is the 3G version of the Samsung Series 5 Chromebook. You can place an order for $499.99

, but the laptop probably won’t ship until next week.

Samsung will also be offering a WiFi-only model on June 15th, and Acer plans to offer cheaper 3G and WiFi notebooks running Chrome OS as well. But there are no pre-order links for any of those models yet.

Update: The first link is sold out, but you can find additional clues for new pre-order links by following @googlechrome on Twitter or by checking for updates on the Google Chrome blog.