Up until recently if you broke a Samsung smartphone or tablet that wasn’t covered under a warranty, your best bet was probably to take it to a third-party repair shop or try to find reliable replacement parts and repair guides to perform smartphone surgery on your own.

Now Samsung has launched a Self-Repair program. In a nutshell, that means you can buy genuine replacement parts from iFixit, which also provides the tools and step-by-step instructions you’ll need to complete repairs. 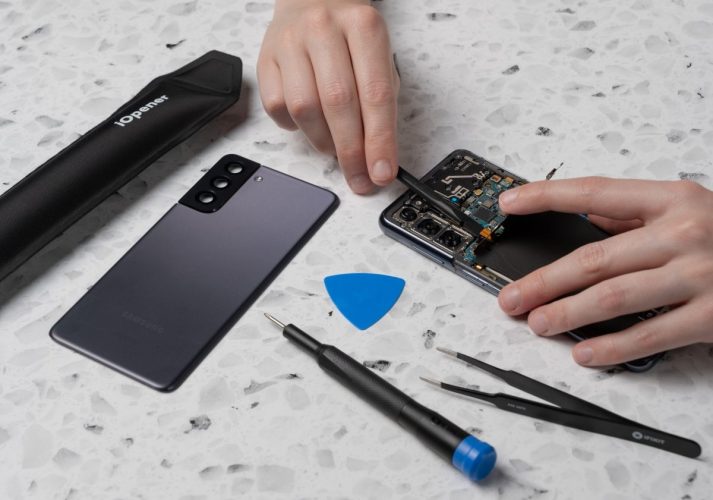 But if you need to replace a cracked screen, a dead battery, a scratched back cover, or a faulty USB-C port, you can find repair kits featuring those parts for the following phones and tablets:

The repair kit composition and pricing is a bit strange – for the phones, Samsung currently offers screen & battery repair kits, without the option to buy just one or the other. That makes the kits pricier than they need to be, since you might end up paying for a display assembly when you just need a new battery, or vice versa.

Samsung’s replacement battery for the Galaxy Tab S7+ is a bit cheaper… but it’s bundled with a replacement rear panel for the tablet, which you may or may not need.

There’s no word on if or when Samsung will diversify its repair kits or expand the program to cover additional phones or tablets.

Samsung first announced plans to launch a Self-Repair program earlier this year. It’s port of a growing trend of companies embracing at-home repairs. Google launched its own partnership with iFixit in June, following Apple’s launch of a Self Service Repair program in April (although in Apple’s case, it seems like the company doesn’t exactly make at-home repairs look easy, which may be the point).

via  Samsung and iFixit