NTT DoCoMo has unveiled plans to launch one of the first smartphones running the Tizen operating system in Japan in the second half of 2013.

The phone’s a Samsung handset called the Samsung Samurai, and it’ll support W-CDMA and LTE networks. 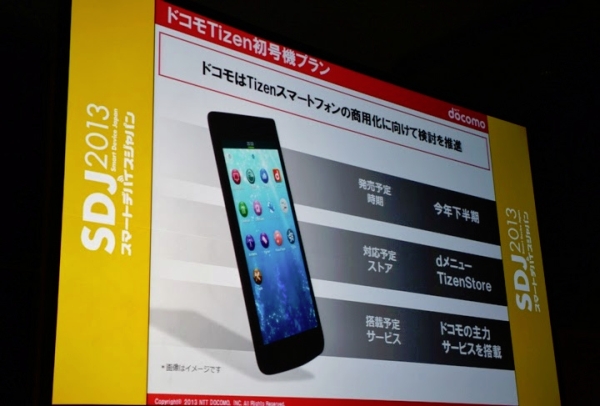 There’s not much more information about the device at this point, but it’s not surprising that one of the first Tizen phones will come from Samsung. The Korean electronics company is one of the primary backers of the Tizen, along with chip-maker Intel.

Tizen is an open source, Linux-based operating system which puts an emphasis on web technologies. Developers can write apps for Tizen devices using HTML5, JavaScript, and other tools normally associated with web development.

Samsung is currently one of the top smartphone makers in the world, but most of the company’s devices ship with Google’s Android operating system. Moving at least some of its eggs into Tizen’s basket would give Samsung a little more control over the software that runs on its devices.