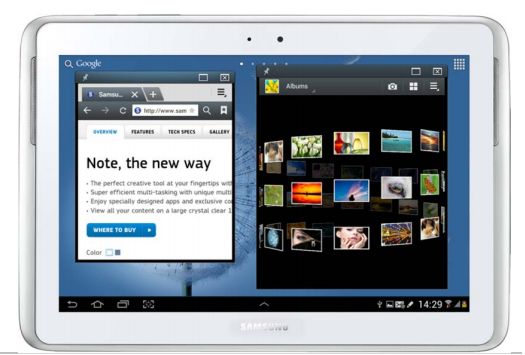 The Samsung Galaxy Note 10.1 already supports opening multiple windows side-by-side for true multitasking. The update adds a few new ways to do that, including a Cascade View option that lets you resize, move, and pin apps. 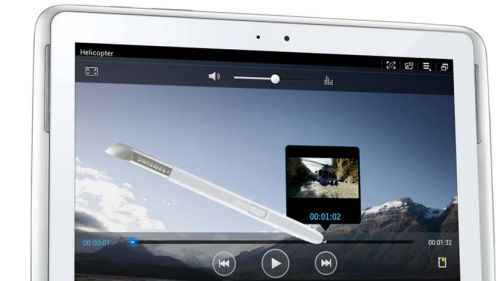 Air View also lets you move the pen over a video slider to preview frames from later or earlier in the video without actually skipping ahead or back.

Other updates include the ability to add handwritten notes to photos, additional templates in the S Note app, and a few other things that I’d probably never use, since my handwriting is illegible whether I’m using paper and pencil or a tablet and a digital pen.

There’s no Premium Suite for the Galaxy Tab 2 tablets with 7 and 10.1 inch screens, because neither of those tablets come with a digital pen. But Samsung is rolling out Android 4.1 to the WiFi versions of both of those tablets in order to offer faster performance and other enhancements such as expandable notifications and automatic rearranging of home screen icons to make room for new apps and widgets.